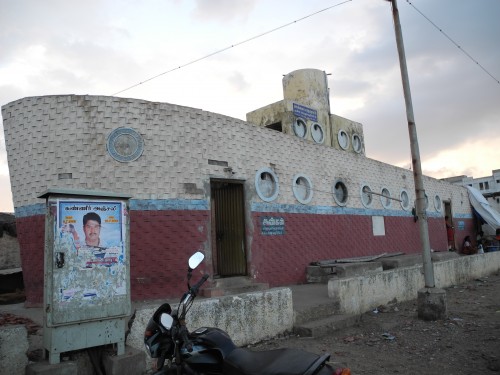 A creative public restroom on a Chennai beach.

Indian megacities struggle with delivering a lot of public services. Corruption is endemic, poverty is rife, and large chunks of public infrastructure—sewer systems, for example—were sometimes never built in the first place.

But here’s one arena where Mumbai, in particular, trumps most cities in the States: The availability of public restrooms, some of which require a rupee or two to use, and others which are entirely free. I’ll never learn to love the squat toilet, and they’re not nearly as ubiquitous for women as for men, but they’ve made my ramblings through the city a heck of a lot more comfortable.

In American cities, we’re forced to piece together a mental map of available facilities: Starbuckses, big grocery stores, fast food restaurants, places where they are provided grudgingly, if at all. In an Indian city, your mental map of private-public bathrooms has a lot fewer obvious landmarks on it. That, coupled with the huge population people who lack any toilet of their own, makes the provision of public ones a vital sanitation issue (now, if only they could potty train the cows, goats, dogs, and chickens). 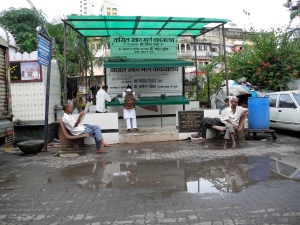 Many of the toilets, of course, prominently display the name of the city councilor who secured this neighborhood asset for his or her constituents. The same is true of small parks, new temples, and more original amenities, like open-air study centers and newspaper reading sheds. Self-congratulatory service delivery may well be a way of keeping voters happy even while the electeds fail to solve the big problems. But it’s at least why Indian cities can have a few moderately nice things.