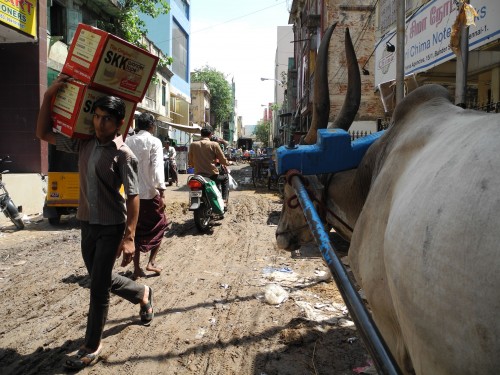 At times, Chennai feels more like a barnyard than the major city it is. Cows wander unmolested, and while the more useful of the bovids—water buffalo—haul carts loaded with everything from limes to rebar. Horses randomly show up on beaches. Then there are the scavengers: Crows, goats, cats, and dogs that serve as organic waste disposal systems, vacuuming up one type of litter and producing another.

The dogs are a strangely homogenous crew, as if someone had bred a lean, mid-sized, short-haired canine to have the best chances of survival on the Chennai streets. They’re in various states of health, some excellent and others slowly dying of mange. And so far, they’re gentle, rarely even barking (the ones in Bangalore are bigger and yappier). I’ve already encountered two that became sweet and obedient house dogs after people picked them off the street as pups.

Of course, there’s a long history of trying to get the population under control, and they’re now occasionally the subject of protests involving people dressed in condom suits. 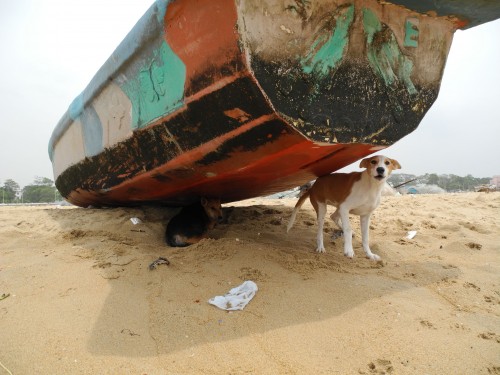 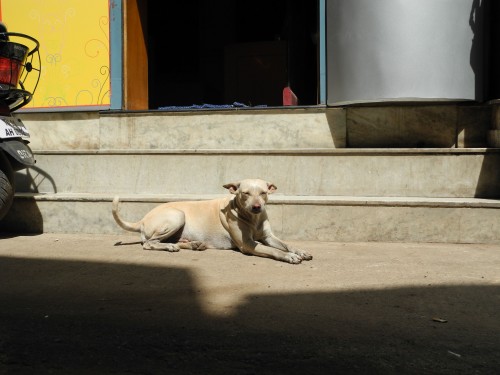